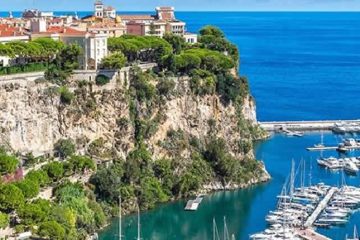 A new book, Retiring to Europe, with accompanying website, provides important information for those considering retiring to France, including personal finance and pensions issues, healthcare and affordability.

The following are brief extracts.

France has a reputation as a high tax jurisdiction. But France can be a tax-efficient place to live for retirees, providing you understand the tax implications of your situation and obtain specialist expat tax advice.

Many of France’s taxes sound the same as ones you may be familiar with in the UK, but they are calculated completely differently. There are some that do not exist in the UK, such as wealth tax, and, for some, healthcare charges.

There are the day-to-day costs, including food, car, utility bills, rent or mortgage. There are also the long-term considerations such as how your income or pension will be affected by a change in the currency rate. Brexit has affected the value of sterling, but UK expats already experienced near parity of the euro and pound during the global financial crisis, and the pound recovered, so it may do again.

The cost of living in France – as in much of Europe – has increased dramatically in the past decade. Housing is between 70%-95% pricier in Paris than in southern cities such as Perpignan, Marseille and Nice. Transport, food and entertainment are similarly far more expensive in the capital.

Utility costs vary in France. Electricity and mains gas are cheap compared with most of the EU, but water costs are among the most expensive in the world and vary hugely from region to region. But some elements remain cheaper than in other Northern European countries, including property, food, alcohol, public transport and entertainment.

In the eternally sought-after areas of the Cote d’Azur, Alps and Paris, there has been a cautious return of confidence among overseas buyers eyeing up French property. For many other areas of France, though – in particular rural areas – prices continue to fall.

After several years of falling prices – up to 40% in some regions – the strength of sterling against the euro saw British buyers re-enter the market in 2015. But the UK’s vote to leave the EU, and subsequent plunge of sterling, has put the brakes on that again.

The Cote d’Azur and the Alps top the list for British buyers with healthy budgets. But their appetite for major renovations is definitely on the wane. The new demands are for property that is ‘turnkey ready’ – and somewhere with good rental potential. That may be less relevant immediately if you are planning to live in the country, but it is still an important factor in the long-term value of your investment. This means being in a prime location, near shops, restaurants and beaches (if relevant) and within easy reach of an airport.

You may be as fit as a fiddle now, but it may be a different story in ten or 20 years. The good news is that the French healthcare system is regarded as one of the best in the world. Its public and private hospitals offer a similarly high standard of care, there are no significant waiting lists for operations and no fight for hospital beds.

Currently, UK citizens or retirees receiving a state pension from another EU country are entitled to a contribution from the French government of 70% of the cost of treatment. There is cheap and mandatory top-up insurance to cover the remainder.

EU citizens who retire before qualifying for a state pension can receive French social security health cover for up to 30 months, providing they obtain an E106 form from their country’s social security department.

Some non-EU citizens can receive entirely or partially free French state healthcare, depending on their country’s reciprocal social security agreements

If you are not entitled to receive free healthcare in France –  you will need private health insurance. If you live in France, this will be a ‘voluntary insurance’ policy (assurance volontaire). The national health service covers the cost of all treatment for life-threatening illnesses and accidents.

By Palma Express, 3 years ago 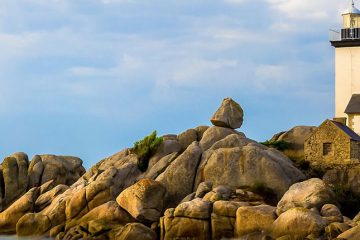 What Are The Most Popular Regions In France?

Moving to France remains a popular choice amongst expats looking to change their way of life.

There are many different French regions to choose from and each has its attractions, but the following four have proved to be consistently popular with people looking to move to France to live and work, or to retire.

Brittany is France’s most westerly region and its proximity to the UK makes it easy to get to and it has a large expat community.  Brittany is very proud of its culture and language and expats find it easy to settle in as the people are generally warm and welcoming.

The region has great beaches, coastlines and coastal towns and inland there are medieval towns and villages, forests and green countryside.  The northern part of the region can be windy but the southern part tends to be sunnier with occasionally very hot periods on the southern coast.

Finistère is a tourist region and the area around Quimper is popular with British buyers.  Coastal properties command a premium, but inland there are larger properties available at reasonable prices.  Longeres, the long traditional farmhouses, medieval townhouses as well as more substantial detached houses provide attractive investment opportunities.

The areas around Quimper and Dinan, on the river Rance are popular with British buyers.  Vannes near the Gulf of Morbihan with its attractive coast are popular with both expats and Parisians resulting in higher prices than other parts of Brittany.

The Languedoc-Roussillon region has become increasingly popular with foreign buyers over recent years.  The region has stunning natural features such as the Camargue and the Canal du Midi as well as historical sites, such as the World Heritage site of Carcassonne.

The northern area of the Languedoc is sparsely populated with small rural towns.  Its appeal is for those who enjoy a quieter and outdoor life and, although it is not popular with British buyers, it is more affordable than many areas.

The area around Nimes has dramatic gorges and the Camargue to the south, a natural marshland famous for its flamingos and wild horses.  Uzes is an attractive and popular  medieval town with its narrow streets and shaded squares.

Montpellier is the fastest growing city in France and is in increasing demand, but prices are fairly high driven by demand from domestic and overseas buyers.  The city is surrounded by attractive villages and vineyards.

Perpignan has the dramatic landscape of the Pyrenees as a backdrop.  The area is generally more affordable and there are coastal resorts with very affordable apartments but also premium areas such as Collioure.

The Dordogne lies between the Pyrenees and the Loire Valley and is famous for its stunning scenery, unchanging historic towns and has long been associated with Brits moving to France.  The cuisine in the area with foie gras and duck confit is an added bonus.

Nontron, Périgueux and Bergerac are popular, but it is the rural areas that are the highlight.

Bergerac with its surrounding vineyards, attractive countryside and stretches of the Dordogne River is a popular but pricey area.  Perigueux with architecture dating back to Roman and Medieval times offers affordable modern homes as well as older renovation opportunities.

Nontron is set up high with excellent views over the valley of Bandiat. It has a quiet centre with half-timbered and Renaissance buildings and property in the area is surprisingly affordable.

Marseille with its long history as a major trading port went through a period of faded glory, but new parks, museums, public spaces and real estate projects have been built to restore the city.  The area has very low rainfall and the temperatures in the summer can be very high.

The Cote D’Azure enjoys glorious views over the Mediterranean and some of the most famous and sophisticated coastal resorts in the world.  Cannes, Nice, Antibes, Saint-Jean-Cap-Ferrat and Monte Carlo conjure up images of quintessential French glamour and there are many wonderful homes along the coast.  There are an enormous number of excellent restaurants, vibrant local markets and no shortage of cultural and other events

Not surprisingly the cost of living and property prices are high with average prices higher than Paris and the area is very busy with tourists throughout the season.  If you want to find better prices you will need to move away from the coast and city centres.  Inland you can find more affordable apartments, as well as farmhouses and attractive homes in rural villages.

In the Hautes-Alpes and the Alpes-de-Haute-Provence where skiing and cycling is popular and prices are lower.  Just outside the region Savoie and Haute Savoie are very popular skiing resort areas and, although the top ski resorts such as Courchevel are very expensive, some of the less well-known resorts are more affordable.

By Palma Express, 3 years3 years ago