The Portuguese Way Of Life

Perhaps you are thinking of moving to Portugal to live and work, or to enjoy your retirement in the sunshine. Whilst an unquestioning observance of social and religious customs plays an important role in daily life, the Portuguese know how to let their hair down.

Evening meals start and end earlier than in neighbouring Spain, but it is not unusual to eat as late as 10pm. While the afternoon nap (sesta) is less entrenched in daily routine than it is in Spain, it is practised in pockets of the country nearer to the Spanish border.

In truth, the Portuguese are a hardworking people and are likely to be contemptuous of the notion of an afternoon ‘nap’. And, while Portugal is blessed with a warm and sunny climate, it avoids the debilitating temperatures found in much of Spain in summer by virtue of being cooled by west coast Atlantic breezes.

Festa, on the other hand, is a different matter. Every town and village in the country has an annual festival when, in true Iberian fashion, everything shuts down except bars and restaurants. From February’s Carnival through to October there is a huge celebration marking every holiday and saint’s day. They can be elaborate affairs or simple ones, but you can always expect music, food, drink and dancing until the early hours. Attending local festivals provides a unique insight into local culture and is a great way to meet new people and immerse yourself in the Portuguese way of life.

The major international festivals tend to take place in Portugal’s major cities, notably the Festas de Lisboa – a series of events in the country’s capital which peak on St Anthony’s Day, 12-13 June, and St John’s Day in Porto on 23-24 June. The latter has been observed for over six centuries and has acquired a reputation as one of the liveliest festivals in Europe.

Although spectacular white beaches, fabulous food, superb local wine, great golf courses, extensive watersports and a delightful climate all play their part in life in Portugal, there is one additional diversion which should not be dismissed.  Football plays a huge part in the nation’s life and new residents might be expected to show a passing interest in the national game.

Portugal has a reputation for producing great footballers (Eusebio, Luis Figo, Ronaldo), if not a similarly creditable record in winning international trophies. That all changed in July 2016 when the national team became European champions by beating France in the final of Euro 2016. The country’s three biggest football clubs, Porto, Benfica, and Sporting Lisbon, have also enjoyed international success.

In golf, the country has some of the finest and most lavishly appointed courses in the world. See the information panel, ‘Seven Great Golf Courses In Portugal’.

In the world of surfing, Portugal boasts some of the most formidable waves in the sport, infamously the 100-foot monster at Praia do Norte, outside the fishing village of Nazare, north of Lisbon.

If there is one universal musical landmark that Portugal can truly claim as its own it is the distinctive sound of Fado, the mournful lament that speaks of life, struggle and passion which is heard in live performance venues throughout the country. Originating in the 1820s, every song tells a story about the harsh realities of everyday life, often with a sense of resignation about loss and longing.

Another distinctively Portuguese gift to the world is its extensive culinary influence. Not only are Portuguese missionaries said to have introduced tempura to Japan in the 16th century, but the British staple of fried fish (peixe frito) came from Portugal a century later. If that weren’t surprising enough, Indian food would be a lot blander if the chilli pepper hadn’t been introduced by Portuguese traders to India around the same time. It is no secret that Piri Piri sauce is a Portuguese invention.

Just as unmistakeably representative of the country’s cultural identity are the ubiquitous glazed tiles, azulejos, which decorate facades in every city and town. It is rare to come across a church, palace, or grand house that does not feature these distinctively patterned ceramics.

In a wider context, Portugal has a rich history in music and the arts, seen in the Celtic-influenced folklore of the north and in the Moorish architecture and musical legacy of the south. Either of the country’s major cities, Lisbon and Porto, will satisfy any yearning for a regular cultural fix.

Porto is one of the oldest cities in Europe and has world famous performance venues,including the Coliseu do Porto and the São João National Theatre. In 2001 the city was chosen European Culture Capital.

As would be expected of a capital city, Lisbon has the majority of the country’s museums and galleries. Unquestionably, the greatest of the city’s museums is the Gulbenkian, a private and permanent collection of exhibits that span over 4,000 years from antiquity to the 19th century.

No whistlestop tour of Portugal’s cultural tradition would be complete without reference to the importance of the Portuguese people’s ongoing love affair with coffee. On Lisbon’s leafy Avenida da Liberdade it is impossible to progress more than a hundred metres without passing a coffee hut or café selling a cup of bica for not much more than one euro. The Portuguese coffee culture brings people together, and the tradition of taking a coffee break mid-morning and/or after lunch is firmly entrenched in the national psyche. 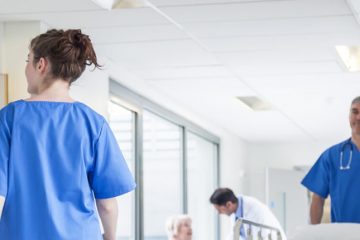 Access to the Portuguese health system is based on residence. If you are formally resident in Portugal (having registered with your nearest Town Hall or the Immigration authorities and obtained a residence certificate), you are Read more… 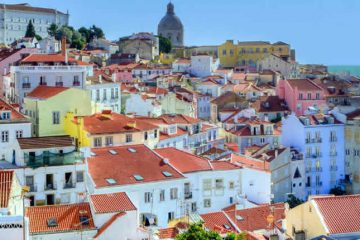 Portuguese estate agents must be licensed and qualified, so ask to see their INCI certificate and AMI licence. With typical agent fees of more than 5%, private sales are common – look out for boards Read more… 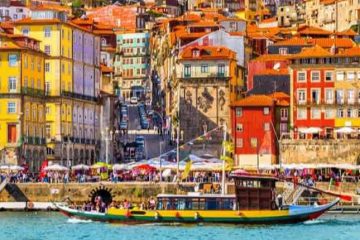 Which One Will Suit You? Portugal is divided into seven provinces or regions with the enchanting city of Porto and a craggy landscape of montanhas e serras in the frequently chilly north, and the balmy Read more…